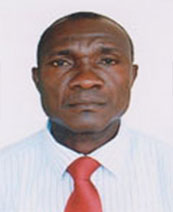 Posted at 08:04h in World Peace Volunteers by world 8 Comments

President of the world peace volunteers. Mr. Osei Acheampong, added his voice to the numerous from well meaning persons in ** on the dollarization saga ongoing*** country.
He irritated that, since the **** in Ghana is the cedi, we should give maximum respect to the cedi. He ** the ceremony of Ghana needs ***** and that it behooves on the administrators of the country to look for **** to curtail the deteriorating ** city of the financial system.

He said, business men and women, who trade internationally, using dollar as the currency for their trade the suffers of this law and that has **** effect on the whole economy. **** Ceiling on the quantum of money owed to be withdrawn over the *** by an investor of a bank will tribute chiefly to the constant fall of the progress of private companies. What will become of Ghanaians if the Spare Parts dealers from Abossey Okai, Odawna, Kokompe, magazine, and other places where they are sold if they really close their shops after a week of singing their alarm bell?

He pleaded with the government to call on all knowledgeable personnel in the country, who have the requisite knowledge in the fields that lacks assistance to come on board and help rescue the situation. He advised government to take a critical look at men responsible for the planning, directing, implementing, coordinating and monitoring of projects to ensure effective delivery of project objectives, cost recovery and effective use of resources.

He further called on men and women with expertise in governance, to voluntarily offer solution that will help keep the economy of Ghana going. He said, every opposition party’s wish to be in government in the same country. Ghana, as a country, needs men and women who are committed to the core irrespective of their political affiliation.

He said, if members of the opposition parties (NPP, PPP, CPP, PNC, UGCC, and others) really mean good for the country come their tenure of office, they should put their shoulders to the wheel and bring Ghana to its stage.

He cited instances where uprising from several African countries culminated from displeasure from the general populace and sought that his organisation and others should be assisted to propagate peace throughout the country.